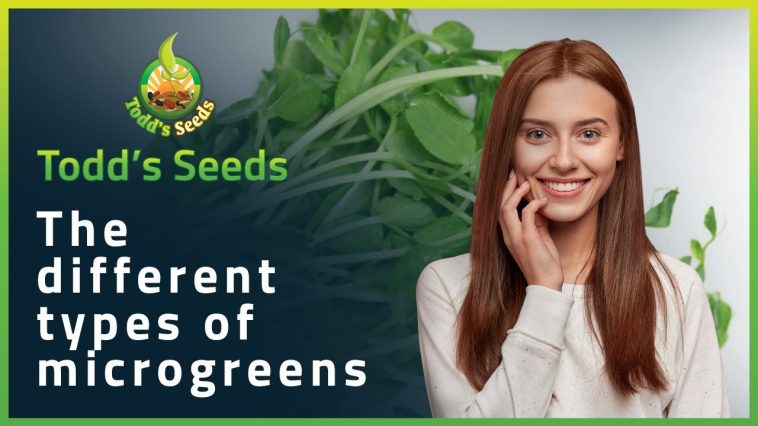 The Different Types of Microgreens
Best microgreen seeds from Todd’s Seeds, click here: https://seeds.toddsseeds.com/microgreens/
——–
There are literally hundreds of different types of microgreens to choose from. Not only are most types of vegetables able to be grown as microgreens but also other plants, including some flowers. Some grains, such as rice are also grown as microgreens, as are some legumes such as Mung Beans.

The diversity of types means that microgreens can offer a wide range of tastes, colors and textures to choose from. Although each type of microgreen may be different, they are all easy and quick to grow.

Brassicaceae Family
This family of plants is probably best known to you as cauliflower, arugula, cabbage, broccoli, radish and watercress. This plant family contains over 1500 species.

It is believed they were first used in Europe 8000 years ago. For most of this time, they have been consumed as fully grown vegetables and have only recently been used as microgreens.

Asteraceae Family
Thought to have originated in Argentina 5 million years ago this plant family is perhaps one of the largest. To most people, this family is best known for flowers such as marigolds, chrysanthemums, dahlias, asters and dandelions. It also includes many spices and species which would be ideal as microgreens, such as lettuce and artichokes.

Apiaceae Family
Some members of this family of plants, like hemlock and fool’s parsley, are poisonous. The non-poisonous varieties have long been used as herbs and spices.

Cumin, anise, dill and coriander are examples of some spice and herb varieties. The vegetables in this family are probably more popular as microgreens. Among those vegetables are carrots, parsley, parsnip and celery.

Amaryllidaceae Family
Mainly found in subtropical or tropical climates this family is possibly best known for its daffodils and snowdrops. The family does, however, contain other, better-known species, such as leeks, garlic, onion and chives.

Amaranthaceae Family
Often red in color this family of plants includes beets, such as chard, garden beets and sugar beets. In the past, due to their nutritional value, some of these plants have been grown for use as pseudo-grain crops.

Cucurbitaceae Family
This family of plants is usually only found in tropical or subtropical areas as they can be susceptible to freezing. However, that is not a problem if grown under normal conditions as microgreens.

Microgreens can be grown anywhere in the world, regardless of climate. Often known for their vines this family of plants includes melons, gourds, squashes, cucumbers and pumpkins.

This presentation contains images that were used under a Creative Commons License. Click here to see the full list of images and attributions: https://link.attribute.to/cc/1825083 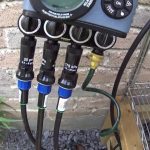 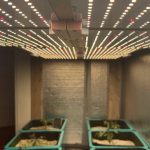