Chef John Mooney believes so strongly in local food that for his latest restaurant in Manhattan’s West Village, most of his produce travels just 60 feet from the building’s roof to his kitchen.

He’s able to grow nearly two-thirds of the vegetables for his restaurant- Bell, Book & Candle- because he doesn’t rely on soil. Instead, Mooney and his partner Mick O’Sullivan installed 60 vertical tower hydroponic systems.

As Mooney describes, hydroponics relies on “liquid soil”. Instead of dirt providing the plants with their food, nutrients are delivered via water (i.e. the water is fertilized, not soil).

Mooney claims that he can grow produce much faster by not relying on soil. His lettuce, he believes, grows 25% times faster than lettuce grown in soil.

Having his produce on the roof also allows Mooney to be in direct contact with the food he will eventually serve his customers. He does his own gardening for plants that he hopes to grow 10 months of the year even in cold New York (he says heating the water in winter creates a microclimate that keeps the plants from freezing).

Hydroponic growing requires a nearly constant circulation of water, but Mooney and O’Sullivan have limited themselves to clean power. A solar panel powers the nutrient dosing system and the water is then fed to the plants using gravity.

Once the vegetables are harvested, Mooney lowers his harvest by pulley down the six flights from the rooftop to his restaurant below.

In this video, Mooney shows us his rooftop garden in springtime and talks about why hydroponics and vertical farming are in our future. 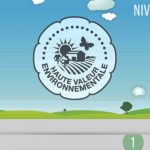