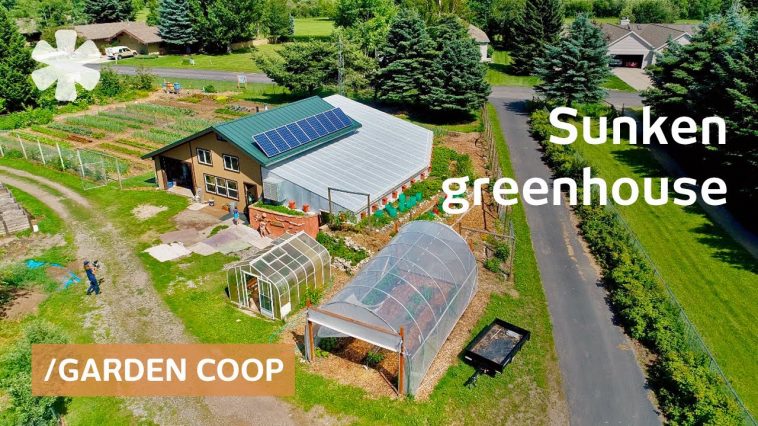 When Richard Weaver inherited 3 acres in the center of a golf-oriented community developed by his father in Bozeman, Montana, he bucked family tradition and tore out the grass to create a self-sufficient urban farm and underground greenhouse home.

He turned his father’s RV garage into an off-grid home relying on photovoltaics, rainwater and composting toilet. Attached to the home, he built a half-buried (6-feet-under) greenhouse (walipini) to use the earth’s heat to grow figs and fruits during the long Montana winters.

On the land surrounding the home, garden members (open to all) farm using permaculture techniques like planting in guilds- layers of plants that support each other- to cut down on labor requirements. It’s a communal, not community, garden so instead of individual plots, garden members share the work and the crop (making it easy to take vacations or time off).

Weaver believes their farm could serve as a model for others. “When NYC hit 1 million people in the mid-1800s all of their food was grown within seven miles. We have a much more severe climate than New York, but I would say we could grow a lot of our food for 100,000 people in the valley if we had these. I did a calculation once that if we had one thousand 2000-square-foot greenhouses we could produce a substantial amount of our fruit without having to truck it in. But you’d need a thousand of them so we’d need a completely different economic model than we currently have.”

Beyond the benefits of fresh, local produce, the garden also builds community, or what Weaver calls a bonded tribe. “A bonded tribe being a group of people doing something to make a living together, in this case we’re growing food together, and doing that bonds people in a way that say getting together and watching football on a couch doesn’t bond people very well.” 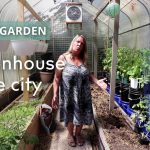 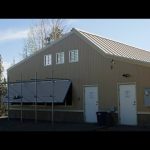