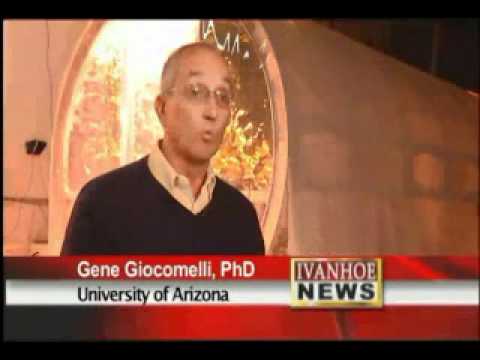 What if you wanted to grow food in places where the climate isn’t so friendly? At the University of Arizona, agricultural engineers developed a prototype 18-foot greenhouse designed to grow vegetables in space.

Plant scientists developed a computerized system that uses water-cooled sodium vapor lamps instead of sunlight and mineral nutrient solutions instead of soil.

“It provides carbon dioxide, it provides water, it provides nutrients and it provides light,” says Dr. Gene Giacomelli, of the University of Arizona Controlled Environment Agriculture Center in Tucson.

The Lunar Greenhouse, a robotic recycling and food production chamber, is inspired by concepts from UA’s commercial hydroponic greenhouse. Engineers say a collapsible module could be flown in on a spacecraft, deployed, and be growing food even before explorers arrive. “The water turns on, the lights turn on, the seeds that are already put in place begin to grow,” Dr. Giocomelli said.

University of Arizona scientists are already testing the lunar greenhouse concept not on the moon but at the South Pole. A greenhouse module deployed to the South Pole is up and running, growing vegetables for researchers that are working in an area typically cut off from the outside world six to eight months a year. 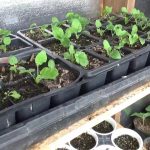