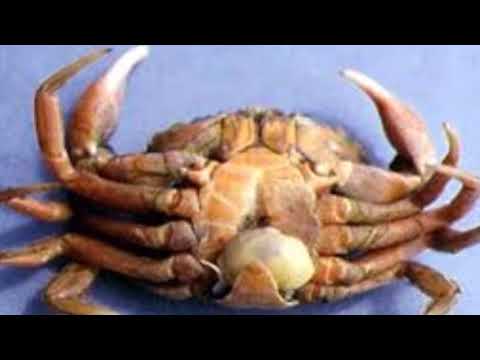 Rhizocephalan parasites are not typical barnacles that attach themselves to a substrate and remain sessile. Rhizocephalans invade their hosts and develop a rootlet system that gradually takes over the host crab’s body (Boone et al. 2004). The parasite
can change the behavior of the host crab and its sex to use to its advantage. The parasite castrates the crab when the rootlet system grows through the gland that produces the hormones which produce male sexual characteristics (Mouritson and Poulin 2002). Without these hormones, the male crab is essentially female, although the infected individual is sometimes called an intersex (Boone et al. 2004). When a male crab is castrated, it begins to develop secondary female sexual characteristics. The sixth abdominal segment is normally wider in males infected with the parasite because the host is growing to incorporate the parasite’s size and because a wider abdomen is a female secondary sexual characteristic (Knuckey 1995). The general survival strategy of the parasite is to make the male crabs into females in order to give their larvae a better chance at finding another host through the attraction of mates to the crab. The unparasitized male crabs will be attracted to the parasitized crabs because they are behaving like females. This allows the parasite to get close enough to infect the males who are attracted by the faux females. After the crabs have been taken over by the
parasite’s rootlet system, the parasite begins to develop in the abdominal cavity of the host. An externae develops inside the host until the barnacle larvae are ready to be released into the environment. The externae is a growth of parasitic cells that houses the cypris larvae of the parasite until the conditions are right for their release. Once the larvae are ready, the externae pushes out of a segment in the thorax of the crab and is clearly
visible on the apron. The color of the externae holds a clue to the amount of time that the crab has been infected. A white externae means that the parasite larvae are still immature (Wardle & Tirpak 1991). The darker the externae the longer the infection has been going on. The darker brown externae means that the larvae are mature and will soon be released into the environment (Wardle & Tirpak 1991). The development of the externae means
that the host crab can no longer grow or molt (Mantelatto et al. 2003). Normally, this makes parasitized crabs much smaller than unparasitized crabs (Alvarez et al. 1995). The life cycle of a rhizocephalan parasite begins as a cypris larva that is released
from the externae of an infected crab into the water. The larva floats in the water column until it comes upon crabs that have just molted. The cypris larvae can only invade the host after they have molted because the shells are soft and vulnerable to attack. Once on the shell of the crab, the cypris larvae metamorphose into kentrogen larvae which begin to inject themselves into the crab’s body via a needle-like cuticle called a vermignon, which is actually a protective cuticle around the parasite’s cells (Dillon and Zwerner,
1982). Once inside the host, the kentrogen larvae follow the circulatory system until they reach the abdominal cavity. There, the larvae attach themselves to the host’s tissues and begins to grow their rootlet system (Bresciani and Hoeg, 2001). The development of an internae begins after the rootlet system reaches the appropriate size. Once this internae is big enough it pushes out the carapace and becomes exposed to the water. It is now called
an externae. The externae is fertilized by male cypris larvae in the water. The larvaeinside the externae now begin to cause the color of the externae to change. Once the color turns dark, the cypris larvae are released into the environment (Glenner et al 2000). 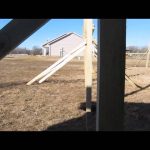